Tracking counts are completing on the upswing.  Negative technical divergences have persisted since the mid-upswing.  Market breadth has lagged and may have rolled over. See details below.

Chart 1 - A five wave upswing from the October low in SP500 is ending. Negative technical divergences have persisted since the mid-upswing. 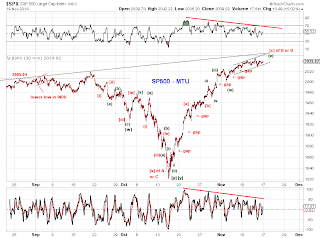 Chart 2 - Wave v of (v) of the proposed upswing is also ending. If this past week saw a completed wave iv-down of (v)-up, wave v of (v) either failed Friday or is likely capped at the 2053-2058 area where wave v of (v) reaches equality with wave i of (v).   Chart 3 updates price actions in 3M in comparison to SP500, which appears to support our topping squiggle tracking.

Chart 4 - Breadth, a measure of market internals, has been lagging and may have rolled over.

Chart 5 - We track the current upswing as wave (5)-up of wave [3] or [C]-up , or part of and expanding triangle wave [4]-down from the 2009 bottom.  It should be noted that in the first scenario,  while prices have satisfied the minimum requirement for wave (5), wave one-five equality offers room to extend in both price and time. If so, the pending top would count as wave 1 of wave (5). 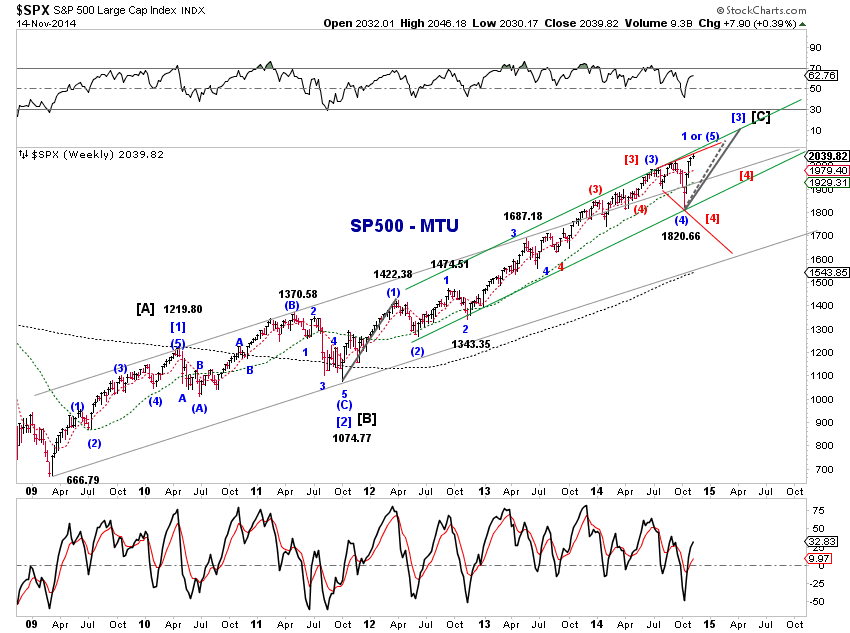 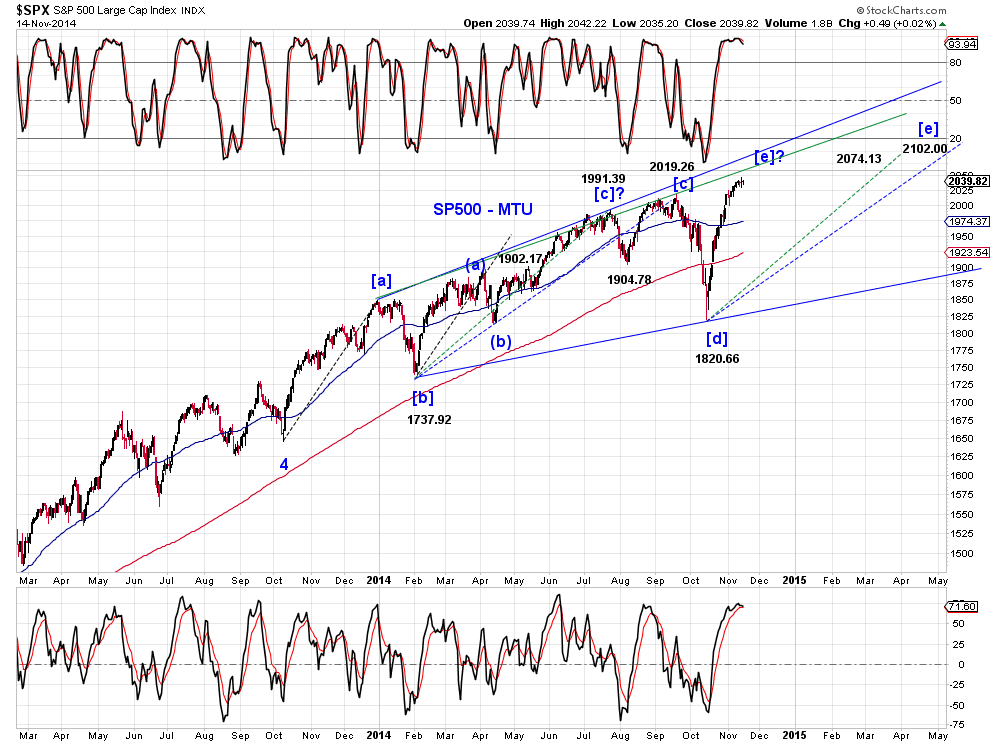 Note that the tracking counts in Chart 6 can accommodate an expanding EDT gray wave(5) or blue wave 5 of (5), a megaphone pattern,  in SP500 which has been frequently noticed.

Let's see if SP500 could deliver an immediate overthrow or manage one after a wave B pullback.  See Chart 7 above. 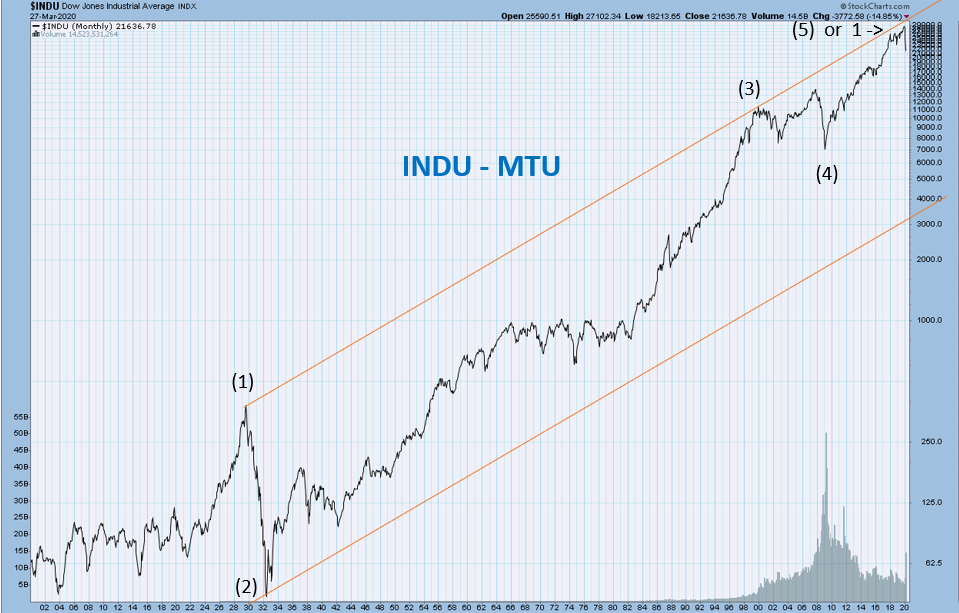 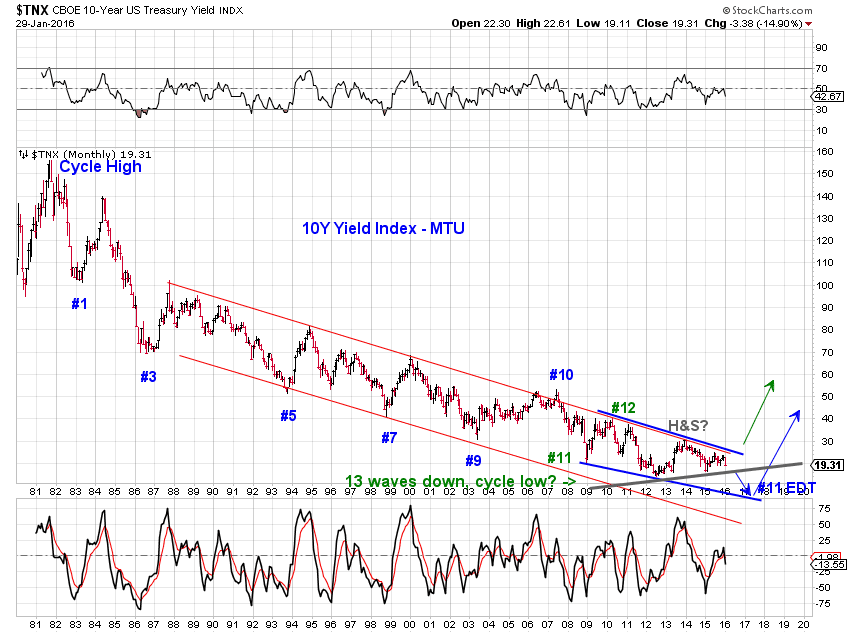 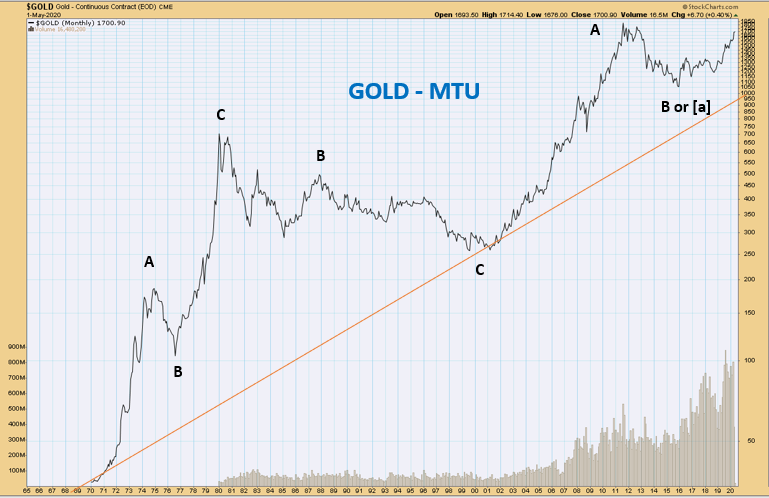 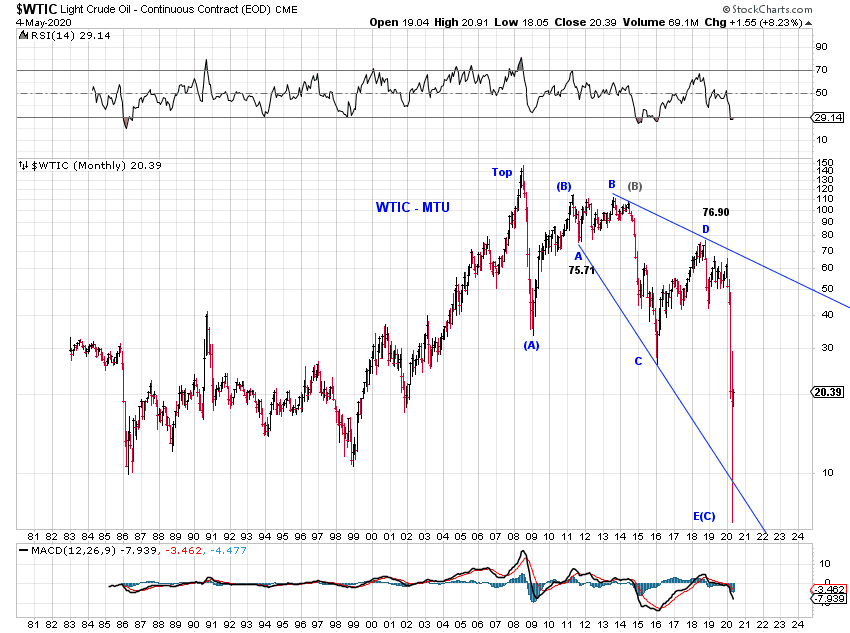